If this story of Jesus is the story of Israel reaching its climax, it is inescapably political and will raise questions the Western world has chosen not to raise, let alone face, throughout the period of so-called critical scholarship. The post-Enlightenment world was born out of a movement that split church and state apart and has arranged even its would-be historical scholarship accordingly; and that same Enlightenment insisted that Judaism was the wrong kind of religion, far too gross, far too material. Rejection, from the start, of a “political” reading of the gospels and of a “Jewish” reading went together. Fortunately, genuine history–the actual study of the actual sources–can sometimes strike back and insist that what a previous generation turned off this generation can at last turn back on. It is time, and long past time, to reread the gospels as what we can only call political theology–not because they are not after all about God and spirituality and new birth and holiness and all the rest, but precisely because they are.

~ from How God Became King: The Forgotten Story of the Gospels by N.T. Wright 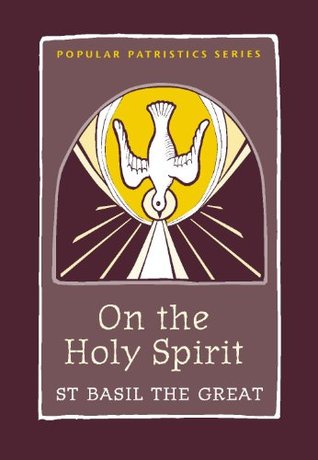 “Why We Stand to Pray on Sundays”

We say our prayers standing on the first day of the week, but not all know the reason why. By standing for prayer we remind ourselves of the grace given to us on the day of the resurrection, as if we are rising to stand with Christ and being bound to seek what is above. Not only this, it also seems somehow to be an image of the day to come. On account of this, although it is the beginning of days, Moses names it not “first” but “one.” For it is written, “There was evening, and there was morning, one day” (Gen 1.5), as if the same one often repeated. Now, “One” and “Eighth” are the same, which indicates of itself that the really “one” and the true “eighth”–which the Psalmist mentions in some titles of psalms–are the state after this time, the unceasing, unending perpetual day , that never-ending and ever-young age. Necessarily, then, the Church teaches her foster children to pray standing on this day, so that we would not neglect the provisions for our journey to everlasting life by a constant reminder of it. And the whole of Pentecost is a reminder of the resurrection to come in eternity, for that “one” and first day, multiplied by seven seven times, fills up the seven weeks of sacred Pentecost. It begins on the first day and ends on the same day, revolving fifty times through similar days in between. Eternity is like a circular movement, beginning from the same points where it ends. The ordinance of the Church well taught us to prefer to stand at prayer on this day, as if we were leading our minds from the present to the future. With each going down on the knee and rising up we indicate in deed that we have fallen through sin to the earth and are called up to heaven by the love of our creator.

~ St. Basil the Great, in On the Holy Spirit

To Live as Resurrection People

The whole book thus attempts to reflect the Lord’s Prayer itself when it says, “Thy kingdom come, on earth as in heaven.” That remains one of the most powerful and revolutionary sentences we can ever say. As I see it, the prayer was powerfully answered at the first Easter and will finally be answered fully when heaven and earth are joined in the new Jerusalem. Easter was when Hope in person surprised the whole world by coming forward from the future into the present. The ultimate future hope remains a surprise, partly because we don’t know when it will arrive and partly because at present we have only images and metaphors for it, leaving us to guess that the reality will be far greater, and more surprising, still. And the intermediate hope–the things that happen in the present time to implement Easter and anticipate the final day–are always surprising because, left to ourselves, we lapse into a kind of collusion with entropy, acquiescing in the general belief that things may be getting worse but that there’s nothing much we can do about them. And we are wrong. Our task in the present–of which this book, God willing, may form part–is to live as resurrection people in between Easter and the final day, with our Christian life, corporate and individual, in both worship and mission, as a sign of the first and a foretaste of the second.

in Surprised by Hope: Rethinking Heaven, the Resurrection, and the Mission of the Church, by N. T. Wright

In light of last week’s post about Gerard Manley Hopkins wrestling with God in prayer, and as we approach Holy Week, and night of Jesus’ terrible prayer in Gethsemane — “Not my will but yours be done” — I found Kierkegaard’s prayer “to will one thing” particularly appropriate. 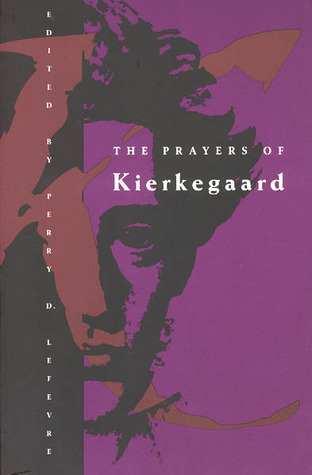 Alas, but this has indeed not come to pass. Something has come in between. The separation of sin lies in between. Each day, and day after day something is placed in between: delay, blockage, interruption, delusion, corruption. So in this time of repentance may You give the courage once again to will one thing.

You that gives both the beginning and the completion, give your victory in the day of need so that what neither our burning wish nor our determined resolution may attain to, may be granted unto us in the sorrowing of repentance: to will one thing.