“I looked up and saw the very last thing I expected: a huge lion coming slowly toward me. And one queer thing was that there was no moon last night, but there was moonlight where the lion was. So it came nearer and nearer. I was terribly afraid of it. You may think that, being a dragon, I could have knocked any lion out easily enough. But it wasn’t that kind of fear. I wasn’t afraid of it eating me, I was just afraid of it — if you can understand. Well, it came close up to me and looked straight into my eyes. And I shut my eyes tight. But that wasn’t any good because it told me to follow it.”

“You mean it spoke?”

“I don’t know. Now that you mention it, I don’t think it did. But it told me all the same. And I knew I’d have to do what it told me, so I got up and followed it. And it led me a long way into the mountains. And there was always this moonlight over and round the lion wherever we went. So at last we came to the top of a mountain I’d never seen before and on the top of this mountain there was a garden — trees and fruit and everything. In the middle of it there was a well.

“I knew it was a well because you could see the water bubbling up from the bottom of it: but it was a lot bigger than most wells — like a very big, round bath with marble steps going down into it. The water was as clear as anything and I thought if I could get in there and bathe it would ease the pain in my leg. But the lion told me I must undress first. Mind you, I don’t know if he said any words out loud or not.

“I was going to say that I couldn’t undress because I hadn’t any clothes on when I suddenly thought that dragons are snaky sort of things and snakes can cast their skins. Oh, of course, thought I, that’s what the lion means. So I started scratching myself and my scales began coming off all over the place. And then I scratched a little deeper and, instead of just scales coming off here and there, my whole skin started peeling off beautifully, like it does after an illness, of as if I was a banana. In a minute or two I just stepped out of it. I could see it lying there beside me, looking rather nasty. It was a most lovely feeling. So I started to go down into the well for my bathe.

“But just as I was going to put my feet into the water I looked down and saw that they were all hard and rough and wrinkled and scaly just as they had been before. Oh, that’s all right, said I, it only means I had another smaller suit on underneath the first one, and I’ll have to get out of it too. So I scratched and tore again and this underskin peeled off beautifully and out I stepped and left it lying beside the other one and went down to the well for my bathe.

“Well, exactly the same thing happened again. And I thought to myself, oh dear, how ever many skins have I got to take off? For I was longing to bathe my leg. So I scratched away for the third time and got off a third skin, just like the two others, and stepped out of it. But as soon as I looked at myself in the water, I knew it had been no good.

“Then the lion said —  but I don’t know if it spoke — ‘You will have to let me undress you.’ — I was afraid of his claws, I can tell you, but I was pretty nearly desperate now. So I just lay flat down on my back to let him do it.

“The very first tear he made was so deep that I thought it had gone right into my heart. And when he began pulling the skin off, it hurt worse than anything I’d ever felt. The only thing that made me able to bear it was just the pleasure of feeling the stuff pull off. You know — if you’ve ever picked the scab off a sore place. It hurts like billy-oh but it is such fun to see it coming away…

“Well, he peeled the beastly stuff right off — just as I thought I’d done it myself the other three times, only they hadn’t hurt — and there it was lying on the grass: only ever so much thicker, and darker, and more knobbly-looking than the others had been. And there was I as smooth and soft as a peeled switch and smaller than I had been. Then he caught hold of me — I didn’t like that much for I was very tender underneath now that I’d no skin on — and threw me into the water. It smarted like anything but only for a moment. After that it became perfectly delicious and as soon as I started swimming and splashing I found that all the pain had gone from my arm. And then I saw why. I’d turned into a boy again…

“After a bit the lion took me out and dressed me–”

“Dressed you. With his paws?”

“Well, I don’t exactly remember that bit. But he did somehow or other: in new clothes — the same I’ve got on now, as a matter of fact. And then suddenly I was back here. Which is what makes me think it must have been a dream.”

“Well, there are the clothes, for one thing. And you have been — well, un-dragoned, for another.”

“What do you think it was, then?” asked Eustace.

~ from The Chronicles of Narnia: The Voyage of the Dawn Treader, by C. S. Lewis

“How Much of Myself Must I Give?” 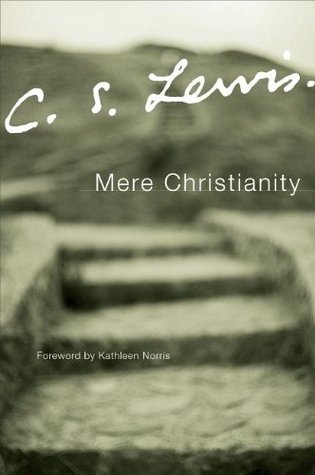 The ordinary idea which we all have before we become Christians is this. We take as the starting point our ordinary self with its various desires and interests. We then admit that something else–call it “morality” or “decent behavior,” or “the good of society”–has claims on this self: claims which interfere with its own desires…

But we are hoping all the time that when all the demands have been met, the poor natural self will still have some chance, and some time, to get on with its own life and do what it likes…

The Christian way is different: harder, and easier. Christ says, “Give me All. I don’t want so much of your time and so much of your money and so much of your work: I want you. I have not come to torment your natural self, but to kill it. No half-measures are any good. I don’t want to cut off a branch here and a branch there, I want to have the whole tree down. Hand over the whole natural self, all the desires which you think innocent as well as the ones you think wicked–the whole outfit. I will give you a new self instead. In fact, I will give you Myself: my own will shall become yours.”

19And by this we will know that we are from the truth and will reassure our hearts before him 20whenever our hearts condemn us; for God is greater than our hearts, and he knows everything. 21Beloved, if our hearts do not condemn us, we have boldness before God; 22and we receive from him whatever we ask, because we obey his commandments and do what pleases him.

23And this is his commandment, that we should believe in the name of his Son Jesus Christ and love one another, just as he has commanded us. 24All who obey his commandments abide in him, and he abides in them. And by this we know that he abides in us, by the Spirit that he has given us.

As my semester draws near, I am given to reflect on the immense spiritual journey I have been on since January. So much of this semester has involved the deep, inner examination of my own heart. And then Easter comes, and Jesus isn’t bound to the tomb, and the death I encounter in myself can’t keep its grip on me, and John the Pastor declares triumphantly that “God is greater than our hearts” “whenever our hearts condemn us” (v.20). At the center of my soul, I am encouraged.

The root of the word “encourage” is cuore, meaning “heart.” So:

to inspire with courage, spirit, or hope : hearten

This definition works on so many levels, not least of which is the first bit, “to inspire.” John finds the ultimate encouragement and lasting assurance in the abiding presence of the Holy Spirit, which we say “inspires” us. C.S. Lewis, in his literary exploration of what Christ’s resurrection means, demonstrates beautifully this profound encouragement we have because of Easter:

Then at last, as they stood for a moment looking out toward the sea and Cair Paravel (which they could now just make out) the red turned to gold along the line where the sea and the sky met and very slowly up came the edge of the sun. At that moment they heard from behind them a loud noise–a great cracking, deafening noise as if a giant had broken a giant’s plate.

“I–I feel afraid to turn around,” said Susan; “something awful is happening.”

“They’re doing something worse to Him,” said Lucy. “Come on!” And she turned, pulling Susan round with her.

The rising of the sun had made everything look so different–all colors and shadows were changed–that for a moment they didn’t see the important thing. Then they did. The Stone Table was broken into two pieces by a great crack that ran down it from end to end; and there was no Aslan.

“Oh, oh, oh!” cried the two girls, rushing back to the table.

“Oh, it’s too bad,” sobbed Lucy; “they might have left the body alone.”

“Yes!” said a great voice behind their backs. “It is more magic.” They looked around. There, shining in the sunrise, larger than they had seen him before, shaking his mane (for it had apparently grown again) stood Aslan himself.

“Oh, Aslan!” cried both the children, staring up at him, almost as much frightened as they were glad.

“You’re not–not a–?” asked Susan in a shaky voice. She couldn’t bring herself to say the word ghost. Aslan stopped his golden head and licked her forehead. The warmth of his breath and a rich sort of smell that seemed to hang about his hair came all over her.

“Oh, you’re real, you’re real! Oh, Aslan!” cried Lucy, and both girls flung themselves upon him and covered him with kisses.

~ C.S. Lewis, The Lion, the Witch, and the Wardrobe

I love the moment when Aslan gives Susan a great lion kiss, and his breath fills her with hope and joy and assurance. This is the inspiration that is ours because Christ walked out of the tomb whole. Amen. Alleluia!