Welcome those who are weak in faith, but not for the purpose of quarreling over opinions. Some believe in eating anything, while the weak eat only vegetables. Those who eat must not despise those who abstain, and those who abstain must not pass judgment on those who eat; for God has welcomed them. Who are you to pass judgment on servants of another? It is before their own lord that they stand or fall. And they will be upheld, for the Lord is able to make them stand. Some judge one day to be better than another, while others judge all days to be alike.

The Christian college I attended was a dry campus, no alcohol or drunkenness permitted. This, of course, was a great comfort to many concerned parents, and a great bother to many of my peers who insisted that “freedom in Christ” gave us license to participate in any sort of behavior we wished. But does it? Does our “freedom in Christ” really permit us to behave any way we wish? I’m not sure, but I do have an opinion. I’m sure you do, too.

Paul doesn’t give us his opinion. This sort of surprised me, because he hasn’t been afraid of giving us his opinion all letter long. But he does instruct us to not judge one another, nor to quarrel over opinions. There is a Judge in heaven whose job it is to condemn those He will, and to pardon and welcome those he will. Our job, then, is simply to “live to the Lord,” and “die to the Lord.”

Lord, remind us always of your wide embrace of the sinner, the poor, the outcast, and the weak: of us. And let the memory of our adoption drive us to welcome and care for our outsider neighbors. Grant us the patience of your provision and the peace of your protection to welcome and love people as they are, and to live and die to You.
Amen. 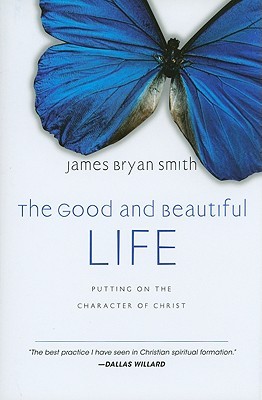 “The Good and Beautiful Life: Putting on the Character of Christ,” by James Bryan Smith. The second book in the “Apprentice of Jesus” series.

There are two primary reasons we judge others: to fix people or to make us feel better about ourselves. (These two often occur at the same time.) Though we may say we have good intentions, when we judge others we demonstrate that we care more about ourselves than the person we are judging. If we really cared, we would adopt another approach…

Condemnation engineering. When we see someone who is at fault, caught in sin or behaving badly, we often turn to the method the world commonly uses to “fix” people: condemnation engineering. A verbal assault, we think, will set them straight, and it appears to work. We reason, If I give so and so a good talking to, they will shape up. It is a very powerful weapon in our arsenal. The people we judge or condemn often shrivel, get angry or cry when under our judgment. Once in while a person makes some changes, which reinforces the narrative that this method works.

Seeing it work increases our confidence in the power of condemnation as a means of correction, and it has become the primary method people use all over the world. Parents, educators, coaches and bosses take this route to fix the people under their authority. Many people believe it is the only way to help others change…

Condemnation engineering fails because it doesn’t come across as loving, it doesn’t allow the person to own the need for change, it doesn’t offer help toward change, and it may be entirely inaccurate…

If we really want to see people change, we have to be willing to come alongside them and participate with them, to make sacrifices of our own time and energy. I am so thankful that I have the privilege of prayer and the resources of the kingdom of God.

~ from The Good and Beautiful Life, by James Bryan Smith

One thought on ““Opinions””