So far this year, I’ve been posting a weekly quote from Devotional Classics: Selected Readings here. This week’s quote, however, comes from something a bit different.

I’ve been reading my wife a few pages of the Lord of the Rings: The Two Towers as we fall asleep each night. It quiets us down, gets me away from lit screens before bed, and is familiar enough to both of us that it works like a lullaby. This quote struck both of us last night, and seemed particularly appropriate for Lent. 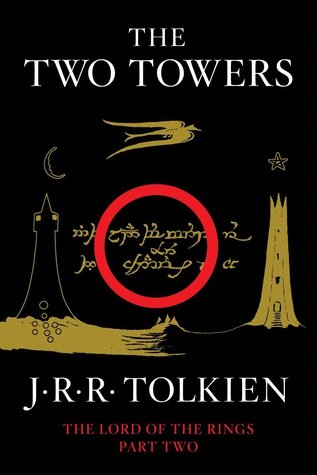 At last, on the fifth morning since they took the road with Gollum, they halted once more. Before them dark in the dawn the great mountains reached up to roofs of smoke and cloud. Out from their feet were flung huge buttresses and broken hills that were now at the nearest scarce a dozen miles away. Frodo looked round in horror. Dreadful as the Dead Marshes had been, and the arid moors of the Noman-lands, more loathsome far was the country that the crawling day now slowly unveiled to his shrinking eyes. Even to the Mere of Dead Faces some haggard phantom of green spring would come; but here neither spring nor summer would ever come again. Here nothing lived, not even the leprous growths that feed on rottenness. The gasping pools were choked with ash and crawling muds, sickly white and grey, as if the mountains had vomited the filth of their entrails upon the lands about. High mounds of crushed and powdered rock, great cones of earth fire-blasted and poison-stained, stood like an obscene graveyard in endless rows, slowly revealed in the reluctant light.

They had come to the desolation that lay before Mordor: the lasting monument to the dark labour of its slaves that should endure when all their purposes were made void; a land defiled, diseased beyond all healing — unless the Great Sea should enter in and wash it with oblivion. ‘I feel sick,’ said Sam. Frodo did not speak.

For a while they stood there, like men on the edge of a sleep where nightmare lurks, holding it off, though they know that they can only come to morning through the shadows. The light broadened and hardened. The gasping pits and poisonous mounds grew hideously clear. The sun was up, walking among clouds and long flags of smoke, but even the sunlight was defiled. The hobbits had no welcome for that light; unfriendly it seemed, revealing them in their helplessness — little squeaking ghosts that wandered among the ash-heaps of the Dark Lord.

Normally, I would let the quote stand and speak for itself. Today I feel I must explain a little further why I think this is an appropriate image for our place in Lent. The Lectionary’s Gospel reading for this week is Matthew 4:1-11, the Temptation of Jesus. During the season of Epiphany we marvel at the light of God’s grace we see in Jesus’ miracles and teachings. In Lent, that light changes, “revealing [us] in [our] helplessness.” Sam and Frodo experience wilderness after desolate wilderness in their quest to Mordor, realizing each new day that this is a one-way trip. We follow our Lord Jesus into the wilderness, and see ahead the path marked out for us toward isolation, persecution, betrayal, and ultimately death; and we, like Jesus, are tempted to make our way easier, or to go off the path altogether.

Thank God that our Lord and Savior Jesus was faithful, and obedient even unto death! Thank God that Christ took up his cross, spurned the temptations of self-gratification, self-aggrandizement, and selfish ambition, and led us “to morning through the shadows.” And thank God that we know the whole story before setting out! We know Easter comes after Good Friday; we know the hobbits make it back (though not as they were) to the Shire (though not as it was). “Let us also lay aside every weight and the sin that clings so closely, and let us run with perseverance the race that is set before us, looking to Jesus the pioneer and perfecter of our faith, who for the sake of the joy that was set before him endured the cross, disregarding its shame, and has taken his seat at the right hand of the throne of God.” AMEN!

3 thoughts on “Off the Path”