A month ago I posted here about the sudden encounters with my own powerlessness I have encountered thanks to Vicious Winter. Namely, my car — an well-aged, well-loved “-uick” — had ceased to start. The problem was the battery. It should have been simple: remove the battery, bring it in to any one of the number of auto supply stores in town, replace it, and install the new one. But Winter’s fickle fury seemed to shut me indoors on the days I set aside to perform this chore. My semester rushed ahead when I thought I would have a free Saturday. Piles of snow would keep from getting under the hood. The problem of powerlessness was profound, as I had to rearrange schedules, and seemed to fall further and further behind.

This is what much of Epiphany felt like spiritually, as well. An utter powerlessness to move myself, to produce, to accomplish. In settings that award accomplishment and expect production (seminary, work, relationships), this was suffocating.

Yesterday, I finally managed to replace the battery. It took me the better part of the afternoon, several sets of tools, the help of a good friend and our friendly postal carrier, and a few cuts and bumps, but the “-uick” now has life again. Oddly enough, I feel the same way. Ash Wednesday was yesterday, and we all entered Lent together. Lent is a season of desolate spiritual landscapes, contemplative prayers of confession, heroic acts of abstinence and self-control for the cause of discipleship. Yet somehow moving into this liturgical season has given me fresh energy, a new sense of power.

This power, though, is not my own. I’m sure some would say that what I’m feeling is just seasonal affect, and the sun’s victorious return is to thank. Indeed, it is exciting when it feels like Aslan is on the move. But this energy I feel is more than that: the journey of Lent is a journey of prayer. 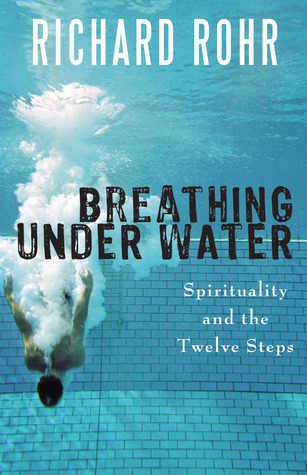 We pray to form a living relationship, not to get things done. Prayer is a symbiotic relationship with life and with God, a synergy which creates a result larger than the exchange itself. (That is why Jesus says all prayers are answered, which does not appear to be true according to the evidence!) God knows that we need to pray to keep the symbiotic relationship moving and growing. Prayer is not a way to control God, or even to get what we want. As Jesus says in Luke’s Gospel the answer to every prayer is one, the same, and the best: The Holy Spirit! (See 11:13.) God gives us power more than answers.

~ Richard Rohr, in Breathing Under Water: Spirituality and the Twelve Steps

I have found again, in beginning the journey of Lent, the power that is mine in Christ through the Spirit. I have often been uncomfortable with conversations of power in the Christian life, because it seems to me that we should seek to be powerless, as Christ was. However, if I acknowledge that I already am powerless, then I can understand power — not as domination or manipulation — but as “synergy,” the kind of working together that produces “a result greater than the exchange itself.” In that sense, I need all the power I can get, and prayer is where I begin.

It will be tempting to coast on this burst of energy now; Lord, “let Thy goodness like a fetter, bind my wandering heart to thee.”

One thought on “Plugging In Again”